This is the first eLearning Digest to feature on the OU Learning Design blog but it has a long history.  First started by Jim Ellis in 2004, it’s been running for 166 months.

Previous editions can be found on Cloudworks.

Since Jim’s retirement in July 2018, future editions will be posted here and listed on a dedicated eLearning Digest page.

On behalf of the eLearning Community, I would like to thank Jim for his commitment to sharing news and events for the past 14 years.  Based on the conversations I’ve had – since the announcement that I would take over compilation – the digest has become a highly valued resource—well deserving of Jim’s OU Teaching Award.

A selection of short courses can be found on the OU Learning Design self-paced learning webpage. These can be studied at your convenience to fit in with other commitments.

UCAS research into FT mature students finds that, compared with 18 year old entrants, over 21s are more likely to be living at home and studying a much more limited range of subjects. For mature students degree study seems to be a vocational choice, with subjects allied to medicine (including nursing), education and social studies the most popular subjects. These subjects are also more typically studied by women and may explain why over 70% of students over 31 are female. Entry rates to FT courses amongst 21-50 year olds vary by region and are highest in Scotland. However, as age distribution varies across regions, entry rates for different age groups do as well, and London has the highest entry rates for those aged 36-50. While UCAS’ study is informative, it doesn’t include analysis of ethnicity, or present nursing (which has been significantly affected by the loss of bursaries) separately. Also, and significantly for the OU, it doesn’t make any reference to the PT sector.

The Department for Education has announced that government backed loans will still be available to EU students starting courses next year (2019-20). They will also be eligible for ‘home fee status’, meaning they will pay the same tuition fees as UK students—an offering that will cover the length of the course. Amid recent uncertainty, this clarity should hopefully give students confidence to apply for courses starting in autumn 2019.

For universities, while the news on student loans and fees is positive news, negotiations are still under way to secure access to a share of £89bm of EU research funding.

Some universities are expressing concern over the impact admitting less well-off students will have on their league table rankings. Under the current fees system, any English university wishing to charge tuition fees of over around £6,000 must have an “access and participation plan” approved by the universities regulator, the Office for Students (OfS). Whilst this should increase the number of students from deprived backgrounds, top institutions fear “reputational damage” could ensue from making “contextual” (i.e. lower) offers to disadvantaged students, according to a new report published by the University of Exeter.

Tom Welsh suggests we should privatise HE. His reasoning is simple: “The best undergraduate degrees cost much the same as the worst. Universities have little interest in the employability of their graduates, since they receive the fees regardless of whether the student goes on to pay off their loan. Evidence of massive grade inflation … or of courses offering scant return on investment has not broken the back of the tired assumption that success in life is determined by a piece of paper.”

UWE’s David Allen looks at grade inflation, including the vastly differing algorithms methods UK universities use to determine grades, and what might be done to address the problem.

There has been mixed support from edX partners following the introduction of fees for online courses. Most acknowledge the need to raise funds and expect to see more charges from edX and its competitors. Early indications from a similar move by Coursera indicates that charging fees for MOOCs may, on average, keep students enrolled for longer.

Specific numbers are difficult to obtain, but for popular subjects – where studying costs nothing and a fee is charged for a certificate – the fees can really add up. EdSurge gained access to a document indicating that one of Coursera’s top 10 courses has had almost half a million active learners resulting in 46,000 payments. Some subjects – despite high enrolment – are less successful, most likely linked with students’ study motivations. Fee raising or not, these blockbuster MOOCs still encourage innovation and could help to shape the future of teaching.

One area requiring innovation in MOOCs is the learning space. In face-to-face settings, educators have been working on designing comfortable spaces with flexible seating arrangements and colourful displays. Transferring this to online is a challenge, even more so in MOOCs because massive doesn’t naturally lend itself to the concept of cosy. One suggestion for the second wave of MOOCs is to balance massiveness with miniaturisation, giving people small chambers of engagement where interaction takes place between more manageable groups. The benefit of this is clear because comfortable spaces encourage learners to stick around, building community, making it more comfortable and more encouraging.

The European Commission has fined Google a record 4.34 billion euros (£3.9bn) for using its Android mobile operating system to illegally “cement its dominant position in general internet search”. The firm’s parent Alphabet has been given 90 days to change its business practices or face further penalties of up to 5% of its average daily turnover.

Berklee College of Music’s online programme was launched in 2013, priced at around a third of the tuition costs for its face-to-face degree offerings. Five years on, that differential remains ($59,880 for a 40-course degree programme versus $171,520 for F2F). Mark Lieberman’s article examines how they make it work.

OpenLearning, an Australian startup that’s developing a platform for hosting MOOCs, has raised $8.5 million which it plans to use to continue building its business in Australia and Malaysia, and then further afield in Southeast Asia. Another MOOC platform? Really?

University of Maryland researchers conducted in-depth analyses on whether people recall information better through virtual reality, as opposed to desktop computers. Their sample of 40 participants (who were all familiar with VR) showed a statistically significant 8.8% overall improvement in recall accuracy using the VR headsets compared to a desktop equivalent which, according to the Dean of College, Amitabh Varshney, “suggests that immersive environments could offer new pathways for improved outcomes in education and high-proficiency training”. No Amitabh, you’ve used expensive techno-gimmickry to get people to remember where photos of famous people were positioned in a 3D model. That’s barely Bloom Level 1 so its future might lie more in cabaret than college.

Leaving the masses in favour of community

A suggestion by one educator has turned the idea of MOOCs on its head. Although widening access to education, massive open online courses may still exclude some learners. Despite catering for large numbers, the trend towards amplifying a few dominant voices over the background noise from others limited how many people could truly engage with the course. From this, a new idea was born—community open online courses (COOCs), where students can create their own content. The idea that collaboration and engagement enrich learning fits well with this concept, and it allows students to learn from each other by enrolling on courses they create themselves—knowledge sharing in a new way.

Evidence has emerged from the US that while the rise in online education has helped to lower fees and significantly increase access for adult learners, students who study at online institutions graduate at much lower rates than do those at institutions where in-person and blended modes dominate. While online study meets the affordability and flexibility needs of busy working adults, and many US institutions have entered this market to raise their enrolments, sometimes driven by in-state HE strategies, these findings raise questions over the extent to which HEIs, governments and others should push fully online education over more blended forms of learning.

Education has changed a lot during the century since David Lloyd George received the Ministry of Reconstruction’s statement detailing the value of lifelong learning. It touted adult education as an inseparable aspect of citizenship, not a luxury for a few exceptional persons. Yet, despite being revisited and defended over the years, barriers still remain. Spending is still seen as a cost rather than investment, despite skills shortages. Is it time for an overhaul? Does adult education need revolution?

The pedagogic value of podcasts

Mobile technology is more popular than ever, and with this comes a rise in the popularity of podcasts. In an article in The Chronicle, the use of podcasts in teaching is questioned and found to be a successful tool. Podcasts convey authenticity and create a sense of intimacy with learners. They even make abstract concepts feel relevant through the use of storytelling techniques. Although described as an example of informal learning, do podcasts also have a role to play in a formal setting?

Observing virtual reality in use in education enables educators to see beyond the preconception that VR is only for video games. Experimenting has brought the technology so far, enhancing learning in a few areas, but strong evidence of the value added is yet to follow. There are challenges still to overcome, but according to The Chronicle, the key to innovating in this area is allowing students to lead rather than keeping the technology locked away.

A survey into the use of smartphones and tablets among students found that two thirds of online students do some coursework on a mobile device. A staggering 51% of the 1,500 respondents stated that they use mobile devices to access course readings. On the other end of the scale, only 31% said they access lectures via mobile. In the same survey, the students voted more favourably for flexible activities compared with asynchronous sessions via programs such as Adobe Connect or Zoom.

In order to cater for this growing trend and students’ desires, institutions need to do more to make sure materials are optimised for the devices students are using, especially for the 12% of surveyed students who said they want to do all of their course-related activities

Online learning as good or better than face-to-face

Growing demand for online learning puts pressure on institutions to provide a high-quality offering. A survey of students who were considering, participating in or recently graduated from a fully online program found that 85% of respondents felt that online learning is as good or better than face-to-face. 67% reported that they had achieved the goal that motivated them to enrol.

The definition of ‘college experience’ is subject to change, which is a good job because despite the overall findings of the Verndale survey, younger students are found to value the flexibility and convenience of online education, and – with current tuition fees – the ability to work and study at the same time has to make it an attractive option.

Can Online Learning Find a Place in the Liberal Arts?

Are the liberal arts compatible with technology? This is an ongoing debate, especially when the question is: Can online learning find a place in the liberal arts? While the small classes, close collaboration and open discussion are seen as characteristically classroom-based, they could work online if done right. The opportunity online spaces and digital learning bring to smaller providers with dwindling student numbers has to make it worth exploring—not to mention the critical skills students develop online for use beyond their studies.

In case you missed it, football almost came home! And on the subject of national identity, what happened to the rain? Love it or loath it, the current heatwave is revealing hidden landscapes and uncovering the past in amazing detail—there’s never been a better time to be an archaeologist.

This week we also marked World Emoji Day, a celebration of the frivolously fun ways that people communicate, along with a competition for Emoji of the Year. The winner? What do you think…? 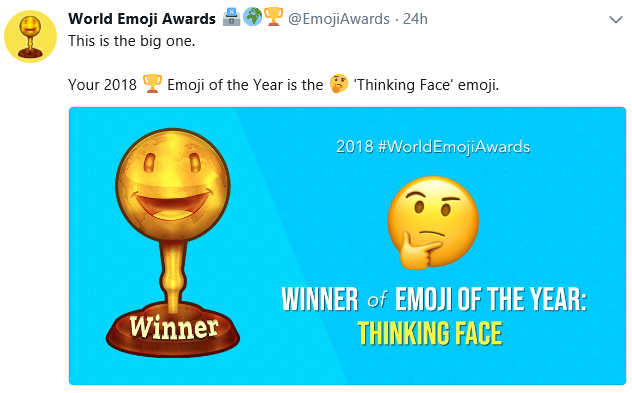